I am a communications strategist with a passion for storytelling.

Mauritania: A land of opportunities

Between desert and ocean, Mauritania is a land of contrasts and transitions.
World Bank Link to Story

Inside the Fight Against Ebola

In the eastern part of the Democratic Republic of Congo, a battle against Ebola is being waged.
The World Bank Link to Story

Women: The Future of Africa

Women are essential to ending poverty around the world. Nowhere is it truer than in Sub-Saharan Africa.
The World Bank Link to Story

A Book of Hope

Devastated by years of armed conflict, the Central African Republic faces a new future.
The World Bank Link to Story

In the Central African Republic, Expectations Are Sky High

After 3 years of devastating conflict, the nation of 5 million people embarks on a long path to recovery
The World Bank Link to Story

In Goma, the capital of North Kivu in eastern DRC, hope is on the rise.
The World Bank Link to Story

Under the Same Sun

Confronting Conflict and Fragility in Africa

Conflict and fragility exact a costly toll on the economies of Africa.
The World Bank Link to Story

“Sexual Violence is a Weapon of Mass Destruction”

An interview with Denis Mukwege, a gynecologist in the Democratic Republic of the Congo.
The World Bank Link to Story

How Caterpillars Can Fight Malnutrition

This insect seems insignificant, and yet it has the highest protein content of all foods in Burkina Faso.
The World Bank Link to Story

The Women of Standing Rock

The women of Standing Rock have chosen to speak out against rape and domestic abuse.
Reportage by Getty Images Link to Story

Anne was based in San Francisco for the past few years and now lives in Washington, D.C where she works as a communications strategist for the World Bank. She first discovered the U.S. in the summer of 1991, while a student at the University of Paris, when she landed a summer job at New York’s most beloved symbol: the Statue of Liberty. She ended up settling in San Francisco where she received a Master of Art in Journalism from UC Berkeley. Anne became a foreign correspondent and her stories, ranging from post-war Lebanon to Hong Kong’s economic downturn to the daily life of Muslim women in New York in the aftermath of 9/11, were published in a number of French and international publications. From San Francisco, she chronicled the birth and death of the dotcom phenomenon. She also covered the Michael Jackson’s trial and the war on foie-gras in California for French TV. Her book "Eco Tech: moteurs de la croissance verte en Californie et en France" on the clean tech revolution in California and in France was published in November 2009. Her first book Ethnik: le marketing de la différence (published in 2003), examined the face of a Latino-Black-Asian America through the rise of commercial multiculturalism. 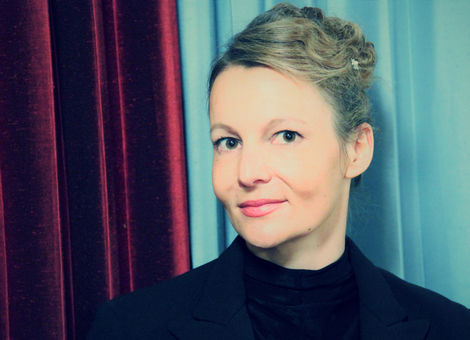